Will the Collider Open Up a New Dimension? 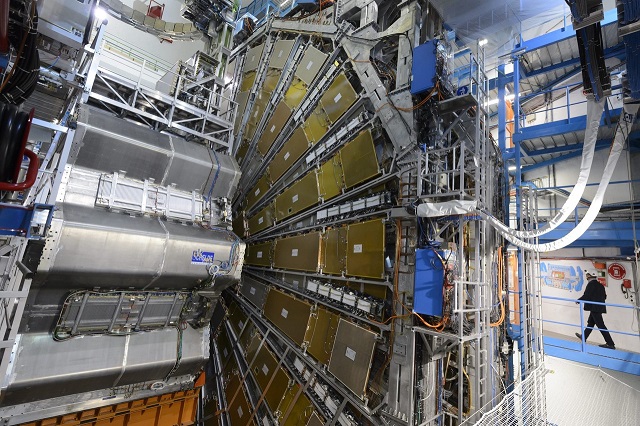 Many have heard of the experimental complex, which occupies a significant area. The ring along which the proton beams are accelerated has a length of more than two tens of kilometers. Together, this is called the Large Hadron Collider. Thanks to this experiment, a wide variety of hypotheses regarding the multiplicity of dimensions began to appear more often. For example, there are several string theories that differ from each other, but almost all of them imply the presence of 10 dimensions of space-time, except for one – bosonic string theory, which implies the existence of at least 26 dimensions of space-time. The Large Hadron Collider was built to find any evidence for one of the theories of the structure of the universe.

There are opponents of the collider who suggest that it is capable of creating a black hole. Now, when the collider is working and no black holes appear around it, many opponents, as before, do not calm down, because the experiment is being conducted at half the power and with a still rather low luminosity, and the transition to full design energy is planned not earlier than the middle. the end of 2012. The date, of course, is alarming, because recently a lot of art and other works have been devoted to this year, due to the end of the ancient calendar.

Continuing the topic, one can notice another theory of opponents of experiments with the Large Hadron Collider. Its basis lies in the game universe of Half-Life, where scientists conduct an experiment, as a result of which portals to another dimension are opened, from where aliens come. This theory is poorly supported by any explanations, and more is presented as it is, with the addition of a humorous background. But the interest in this theory is not in aliens and other worlds, but in the very idea of ​​parallel worlds, the existence of which would confirm 100% the existence of other dimensions in practice. Moreover, these may not be necessarily parallel worlds – it may be a portal simply to other points or a specific point in the universe. Such teleportation could be quite measurable, since a formed exit elsewhere would probably be within reach of human technology for remote measurements. Although, this theory has a significant lack of validity. Because the most plausible justification for such a theory may be that supposed black holes can work not as an absorber of matter, but as a portal between two points of three-dimensional space or connect two different three-dimensional spaces.

Meanwhile, the LHC experiment continues. And it is worth recalling that it will reach its design capacity no earlier than 2012, after which we will find out what discoveries it will help to make.